Skip to main navigation Skip to main content Skip to footer Skip to search
Free shipping on all items within the contiguous US. Use Code: SHIPFREE Details
Free bonus product with any beauty purchase over $50 while supplies last. Use Code: Sunkissed Details
Free Hand Sanitizer 2-Pack with first month's D+W bundle subscription. Use Code: BYEGERMS Details
FREE GROUND SHIPPING IN THE CONTIGUOUS US WITH A BEAUTY PURCHASE. NO CODE NEEDED, RESTRICTIONS APPLY. Details

What is Paternity Leave?

Everyone knows many women take maternity leave when they are pregnant. It's so they can relax just before the baby is due, get lost in a sea of diapers, and spend time caring for their newborn after the birth. Though it seems common sense that dads should also get paternity leave when preparing for fatherhood, unfortunately it doesn't always happen that way.

Paternity leave is similar to what moms get. Dads get to take time off from work, either because he is about to have or adopt a child, or has just had or adopted a child. Depending on where you work or who you ask, paternity leave may also be called family leave or parental leave and may not apply to just dads.

Also depending on where you work, if they do offer some kind of paternity leave policy it can be paid parental leave or unpaid leave. Obviously, paid time off is most ideal no matter which way you look at it. Babies need bonding time with both their parents to truly blossom.

Why Do Men Get Paternity Leave?

The reality is that not all fathers get paternity leave. Men that do sometimes find it's not paternity leave, but it's lumped together with some other kind of leave package, such as sick leave or relies heavily on the federal FMLA program, otherwise known as the Family and Medical Leave Act.

This act ensures that a new parent, including a new father, can return to their work positions without any position or pay penalties. However, not everyone can get FMLA, you have to qualify; and it doesn't mean that you will get paid during that time off either. Typically FMLA allows for up to 12 weeks of leave without repercussions.

To qualify, your company must employ 50 or more people or employ more people within 75 miles of your location, and you must have worked there for at least 1,240 hours over a span of 12 months before leave begins. You must also have worked for your employer at least 12 months total and the company must be covered. That works out to roughly 60% of dads that are able to benefit from FMLA.

The other 40% of dads that work for small businesses or are employed part-time are overlooked completely. Another drawback with FMLA is that some employers might ask you to utilize sick days or vacation days or both, before they will allow you to use FMLA. Check with your state too because some states might offer a program that's similar to what FMLA offers, and might even offer more time off than the federal program.

Why Do Fathers Need Paternity Leave?

Just like mothers, dads need bonding time with their new baby too.According to Liza Mundy, dads who get to take paternity leave end up sharing in the distribution of parenting responsibilities more equally than dads who don't take time off, and they also tend to remain an active and attentive father as the child grows up as a result of that critical bonding time.

She also says that it's less about the dads benefiting and more about the benefit to moms who need the help of their partners. Businesses and nations also benefit economically, because male participation at home goes up, female participation at work goes up, and gender equality is enhanced significantly, shrinking the so-called gender pay gap.

The emotional benefits to both parents are pretty significant as well. There is less stress between partners because they are sharing both financial and family duties, and it's time that both parents will always remember and can never get back if they are essentially forced to miss it because their employer doesn't support paternity leave. Additionally, the child will be bonded and seek comfort from both parents, instead of clinging to just one and that will continue to be a pattern as they grow up.

There have also been studies that indicate kids with dads that are highly involved have better outcomes in development and growth than kids who have dads that aren't, and that bonding and involvement starts when the child is born.

What Are My Paternity Leave Rights?

Unfortunately, America is a bit behind the times when it comes to paternity leave.According to Business Insider and the 2019 Unicef report, the U.S. is one of 15 of the 41 richest countries in the world that don't offer fathers any paternity leave. Instead, the state and its employers are expected to offer it—or not—as the case may be.

Though most Americans support paid family leave for both parents, there are no guarantees country-wide. According to the sameUnicef report, countries like South Korea, Japan, and Portugal are leading the pack when it comes to policies that offer generous paid paternity leave for a working father.

Who Can Get Paternity Leave?

For Americans, paternity leave policies vary widely depending on your state and the company you work for. Not all states, nor all companies offer paternity leave. When they do, it may not always be paid leave, or you might not get as much paid leave as you were hoping to receive.

Many companies have other policies as well. For instance, some offer paternity leave for relationships that may not be traditional such as living the single dad life, while others have requirements, such as marriage between parents. If you are adopting your child or taking in a foster child, again, the company you work for determines whether or not you as an employee will be offered any kind of paternity leave, paid leave or unpaid leave.

How Long Is Paternity Leave?

If your company doesn't offer a paternal leave policy but offers FMLA and you qualify, you can take up to 12 weeks leave, although it may or may not be paid, depending on your company's policies. Though it's a federal program, they don't guarantee paid leave, only unpaid leave for a working father that meets the criteria.

Which States Have Paternity Leave?

Currently the only states that have mandated paid paternity or parental leave are California, New Jersey, New York State, Washington D.C., and New Hampshire. If you live anywhere else in America, it's up to your employer on whether they put any policies in place for paternity leave.

The best thing to do is check both with your health care provider on what options may be available to you as well as check with your employer's HR department to see what your company might offer to eligible employees.

Stigma May Hinder the Use of Paternity Leave

Even though some states have mandated it and others are offering some version of it, there are still stigmas attached to paternity leave. Some dads feel they should be working, not taking time off, even when paid time off is offered. Some men fear they may miss key opportunities for advancement if they take time off, especially if they take off several weeks, or might be overlooked for future advancement because of the time off they took.

Others won't take leave if it's not full pay, either because they simply can't afford it, or because they don't want to take a pay cut. Unfortunately, all of these things are roadblocks that are detrimental to the idea of family and may hinder the progress of society as a whole. There is no denying that kids that grow up in healthy, two parent homes where both parents are strongly involved have better outcomes than kids who don't.

What If I Can't Get Paternity Leave?

If you can't get paternity leave, check with your state for additional potential resources and check with your employer directly on what other options they may offer. And if there is no way you can take time off, or you can't take more than a week or two off, that's okay. You can still bond with your child as much as possible by making an intentional effort to be involved while you are home.

Even if it's just nights and weekends, you can take on bottle feeding during the night, change diapers, and spend free time playing with your little one. You can give your child a bath in the evenings when you're home, feed them before bed, and let your partner get some much needed rest. There are also a number of pregnancy apps for dads to help you stay on top of everything your partner is experiencing during and after the pregnancy.

The important thing about fatherhood is being present and engaged with your child as much as you possibly can. Babies won't remember whether or not you stayed home with them those first few weeks of life, but you will remember every single moment. Make the most of them when, where, and how you can. 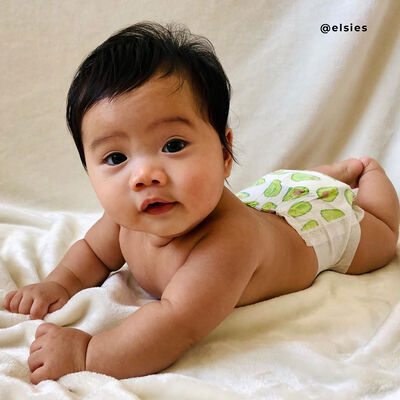 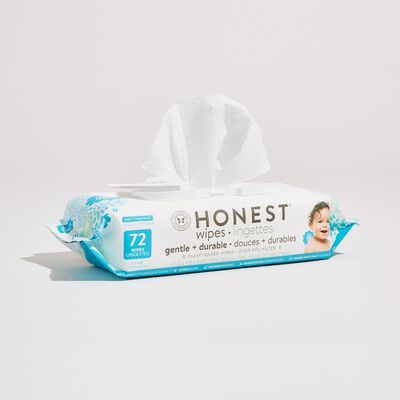