Skip to main navigation Skip to main content Skip to footer Skip to search
GET 40% OFF YOUR FIRST MONTH'S DIAPERS + WIPES BUNDLE. USE CODE DIAPER40. Details
FREE GROUND SHIPPING IN THE CONTIGUOUS US WITH ANY HONEST BEAUTY PURCHASE. NO CODE NEEDED, RESTRICTIONS APPLY. Details

Parenting is a beautiful thing... but a lot of the time it leaves you down in the dumps, literally.

To help you laugh at your pain and learn from other parents’ fails, we put together some of our dirtiest diaper duty stories — because we’re all in this together, right?

You Never Forget Your First

“When I was a first-time mom, I was on my way to a mommy and me class (which was already daunting since getting out of the house was hard enough).

When I finally get to the class and go to pull the baby out of the car seat, she had not only blown out of her diaper, but it was ALL OVER the car.

The mommy and me instructor looked at me in shock and asked how she could help. I could already see it in her eyes, but she told me it was the worst blowout she had ever seen.

The poop was EVERYWHERE. It was up her front, up her back and all over the car seat — I wouldn’t be surprised if there was even some on the roof of the car.

I was so embarrassed and sad and felt like an unsuccessful first-time mom, but was thankful for the group around me who gathered together to clean up my baby girl and her surroundings. Nothing bonds a group of mommies like a bad blowout.”

“Probably the worst was when my baby had a massive blowout right before I was leaving for work: poop all up his back into his hair, leaking out the sides of the diaper so he needed a bath and I needed to change my shirt.

Didn't realize until halfway through my workday that I had a stream of poop down my pant leg that I had missed in all the madness.”

“When we had our first son, my wife and I were totally clueless!  We spent 30 minutes pondering whether or not we had him in the car seat properly at the hospital.

For the first couple of months, he kept having pee leaks around his stomach. It wasn't all the time, but enough that we were wondering why.

We brought it up to the pediatrician, and she asked if we “point it down.”  We both looked at each other and wondered what she meant...when suddenly it clicked, for me at least, to point my little guy's little guy down!

Seemed such an obvious conclusion (after we were told), and since babies (or diapers for that matter) don't come with those types of instruction manuals, I always tell first time parents of boys to point that thing down!

The Fountain of Youth

“The most hilarious diaper fail whenever our little guy pees all over the wall or, sadly enough, on his own face! It's hard not to freak out in the moment, but I always end up laughing later. This is our life now, we have to embrace all of the funny moments!”

“The good ole water fountain!  Since I had a boy right out the gate, and then 2 more boys, I have known all too well that changing the diaper can be a danger zone if you are not careful and quick!

Each boy has had multiple times — especially when it's cold — when their little guys would know exactly when the diaper wasn't there and choose that specific moment to begin releasing.

It must be some kind of prank to them — they would always giggle as pee splattered everywhere. But, as the parent, you know that you needed to leave the house 10 minutes ago, and have no time to clean and do a wardrobe change (that already took you 15 minutes to find the matching tiny socks the first time)!

I learned early on that rushing the preparation of the diaper change is a foolish mistake.  Always have the next diaper undone and ready to put on the little one. As soon as that soiled diaper is off, you better have the new diaper or a wipe ready to cover up.

Also, as time goes on you will know the face the baby makes right before they release.  STUDY THIS FACE, KNOW THIS FACE! You have a split second of what could be a matter of life or death...well maybe not that dramatic, more like a contained disaster or a literal storm!”

How to Avoid Leaks, Blowouts and Other Diaper Disasters

If you’re reading this as a new parent, just know… it’s going to happen to you at one point. (All the parents’ of 3 out there are now nodding their heads yes).

But, there are 3 things you can do to either prevent or prepare for the inevitable: 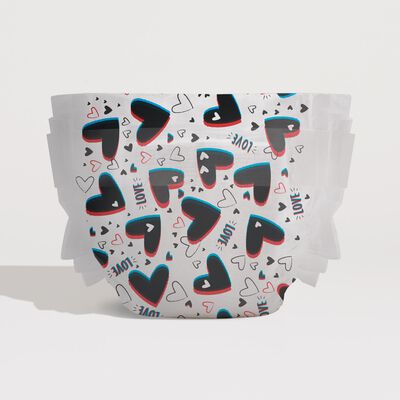 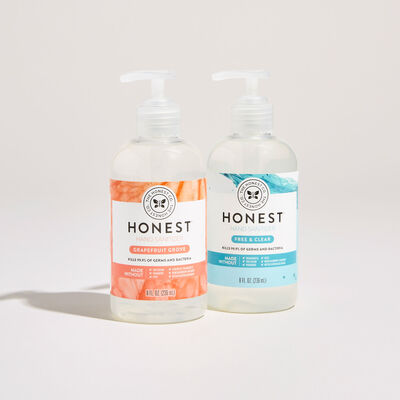 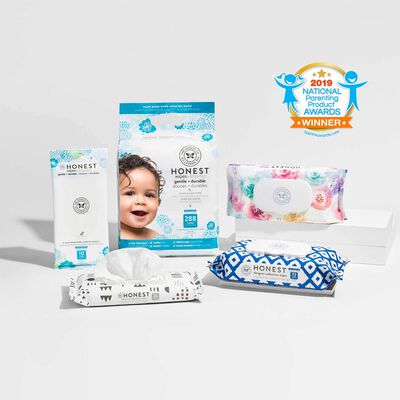 Honest Baby Wipes
$0.99 - $42.99
More Options Available
How to Throw an Awesome Party for Your Animal-Obsessed Little One

Baby
Beauty
Pregnancy
Wellness
Lifestyle
DISCLAIMER: Content on this site is not a substitute for professional medical or healthcare advice, diagnosis, treatment, dietary, or safety advice, and may not be used for such purposes. Always seek the advice of your physician or other qualified expert with any questions you may have regarding a medical question, condition, or safety concern. Reliance on information presented on this site is at your own risk. This site contains the opinions and views of others and does not represent the opinions and views of The Honest Company. Given the interactive nature of this site, we cannot endorse, guarantee, or be responsible for the accuracy or efficacy of any content generated by our users or bloggers.